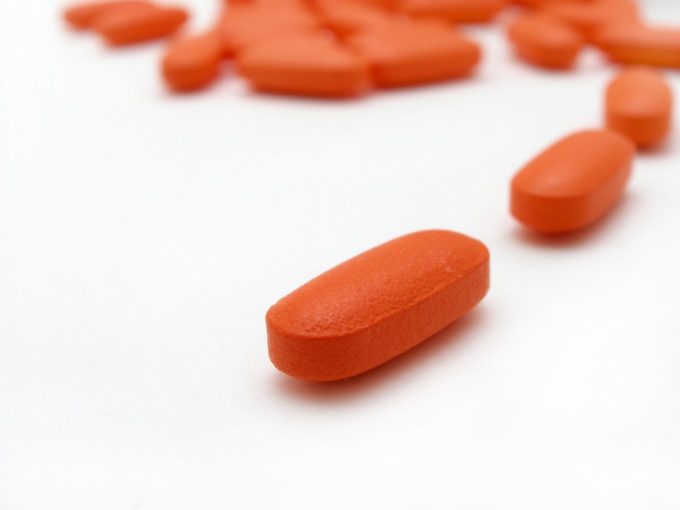 Unfortunately, many people regularly underestimate over the counter addictions. They believe their doctor telling them to take some pain reliever gives them the right to use it as needed. What they do not see is how deeply they can affect the person taking them. Just because it says you take the medication as needed, does not mean you ever exceed the recommended dose or length of time it states is safe. This is what can quickly lead to addiction or dependency.

Buying medication from a drug store is not the sign of something being safe. If it was, then cigarettes would not be harmful. Your body can handle taking the occasional dose of different medications when necessary. However, that does not make taking them in large doses or over a long period of time is safe or good. Those that use them properly, and do not exceed the dosages should be able to use them without a problem. It is those that use them too often, use too many, or use them too long that have trouble.

Which Over the Counter Addictions Are the Most Common?

There are four over the counter addictions that alcohol and drug rehab centers see the most often. They include addictions to pain relievers, motion sickness pills, cough medications, and sinus medications. All of these are relatively easy to get from any drug store or supermarket. The only exception to that is sinus medication, as the pharmacists have to keep track of who is buying it. Pseudoephedrine is the most common ingredient in many sinus medications, making it a drug that gets tracked. It is commonly used in the making of crystal meth, which is what put it on the radar for tracking in the first place.

When people start abusing over the counter medications, they tend to pharmacy shop. This is especially true for those abusing pseudoephedrine. They go to one pharmacy to buy some, and when they quickly run out, they go to another. It does not raise as much suspicion as coming in to the same store would. Some people have even gone so far as to keep track of the locations they bought from and the dates, so they could coordinate when to buy more without being noticed.

Why Would People Abuse Pain Relievers?

Aches and pain are something most of us deal with on a daily basis. We live with them when we can, but take a pain reliever like acetaminophen or ibuprofen when we can’t. However, when some see that one or two pills relieves regular pain, they think more pills will relieve more pain. Trying to decrease suffering is one of the most common causes of over the counter addictions to pain relievers. However, they can do significant amounts of damage.

Something as simple and common as acetaminophen can cause a lot of problems in your body. When you use too much of it over an extended period of time, it hurts your liver. If you use too much long enough, it can lead to liver failure. Most people take acetaminophen and notice things like stomach aches, nausea, and diarrhea. However, it can also cause things like sweating, swelling of smaller passages of the body, and loss of function of the liver. If a person were to overdose on too much acetaminophen, it could also lead to death.

Why Do Some Abuse Motion Sickness Medications?

Most people take motion sickness medications to help them when it is time to travel. They have also found new popularity in recent years, thanks to virtual reality headsets and games. Sometimes the scenery is so real, it causes a person to struggle with motion sickness. Normal doses carry symptoms like tinnitus, irregular heart rhythms, and nausea. By taking more than the recommended dose, it can lead to problems with hallucinations, as it has psychedelic properties. However, if you were to take too many, it could also lead to problems like seizures, comas, and could even cause death.

What Is It About Cough Medications That Cause Over the Counter Addictions?

One of the common ingredients in most cough medications is known as DXM. The full name is dextromethorphan. This is a great medication when you struggle with coughing because of a tickle in your throat. It helps to suppress the cough, and allows you to rest, which is what you want when you are sick. However, there are other problems that come with taking DXM too often, or in too high of doses.

Abusing DXM can lead to blurry vision, increased heart rate, and even to brain damage if the earlier effects are overlooked. It is often abused for two reasons. One, it is easy to get, and two, it causes intense hallucinations. However, to get those hallucinations, you need to take a lot, which can quickly leave you facing those symptoms. It is dangerous to use when not needed, and should be avoided at all costs.

What Is It About Sinus Medications That Trigger Abuse?

Sinus medications often contain pseudoephedrine, as mentioned earlier. This is a medicine that increases your heart rate and acts much the same way speed does in your body. It gives people a feeling of having a lot of energy and keeps them feeling energized for a while. When abused, and large doses are taken, it can also lead to hallucinations. The problem is, when you abuse sinus medications, it can also have some very detrimental effects on your body. Since pseudoephedrine increases your heart rate, it can do a lot of damage to your heart when abused. It can leave you feeling like you are consistently out of breath, and it can lead to your heart beating irregularly. With extended abuse, you can also wind up struggling with high blood pressure, plus problems with both dizziness and even seizures.

Over the Counter Addictions Are Easy to Miss

Unless you are actively looking for over the counter addictions, you can easily miss the symptoms. It is common to see people with a bottle of pain reliever around. Who doesn’t have cold medication, or sinus medication in their home? If you see it, you may not think twice. However, there are signs to be on the lookout for. First, if you see those bottles go from full, to empty, to full again, this is often a sign of a problem. It usually means that a new one was purchased. If this happens over a year, there is likely nothing to worry about. However, if this happens in a few weeks or a month, start taking note.

Second, if you notice a person grabbing pills before they even head out the door, pay attention. It may be that they are dealing with a bad cold and they want to keep symptoms away. Or, it could be that they need those medications to function on. Again, short-term, this is probably not something to become overly concerned with. Long-term, however, can lead to someone having numerous issues that may be hard to overcome without help.

Finally, if you notice a change in that person’s behavior, make sure you pay attention. Most people who struggle with an addiction of any kind tend to become quite isolated. They like being alone because no one asks questions that way. They also tend to stop doing things they once enjoyed. When people struggle with addiction, it consumes them. If you notice someone you care about losing interest in things or changing their core traits, it is time to have a chat.

Getting Help for Over the Counter Addictions

No matter what type of addiction you struggle with, there is help out there. Here at Alcohol Screening Arizona, we want to do anything and everything we can to help you overcome your addiction. We can help with anything from over the counter addictions to alcohol and other drugs. All you need to do is to reach out to us for us to help you get the recovery process started.

We can easily be reached by calling 602-687-9481. Once you reach out to us, we can help explain the different programs we and see which one matches up with you best. When you want to attend one of the best rehab programs in Arizona, then you want to come and see what Alcohol Screening Arizona is all about.